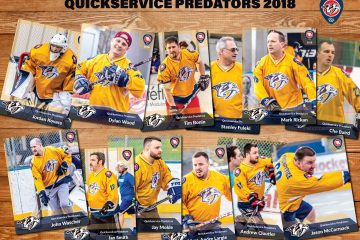 It isn’t always about the money. Sometimes, a project is worth doing just for the fun of it.

Such a project came my way recently when my colleagues decided to form a ball hockey team. They registered, paid up, and were ready to rock and roll in the Niagara region Ball Hockey D league. A mixed group of seasoned ice hockey guys and total novices, they had never played together before as a team. Without skates. Shoot, some had never played before, period. In hindsight, this was never likely to end well. END_OF_DOCUMENT_TOKEN_TO_BE_REPLACED