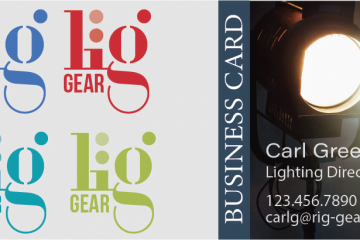 Adobe are running a contest right now to celebrate the release of two new fonts derived from the archives of the Bauhaus school of design, a powerhouse of contemporary and modernist styles from its founding in 1919 to an untimely closure in 1933 due to pressure from the growing Nazi regime under then Chancellor Hitler. The story of Bauhaus is one I can recommend taking the time to learn. But it’s not THIS story.

At a loose end yesterday, I decided to throw my own entry into the ring for this contest. The #AdobeHiddenTreasures #contest (yes, I dropped in the required hashtags. Deal.) challenges entrants to use one or both of the new fonts to create a logo. That’s it. Once created, share it on social media with the tags previously mentioned, and sit back. This, I have done.